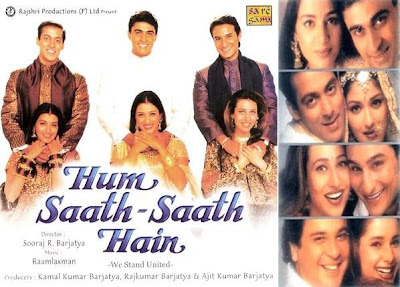 The first half of the movie is pure family fun and full of love. The eldest son, Vivek (Mohnish Behl), meets Sadhna (Tabu). Sadhna is immediately attracted to him. She meets him first at his parents' anniversary party. She is immediately taken by the love he has for his parents, despite Mamta (Reema Lagoo) not being his biological mother. Sadhna's father goes to visit Ramkishen (Alok Nath), explaining that he took Sadhna to the party so she could meet Vivek and asks for Sandhna's marriage proposal. Ramkishen is overjoyed, being as the family was worrying about Vivek's marital life. Vivek, though, is not looking forward to this union. 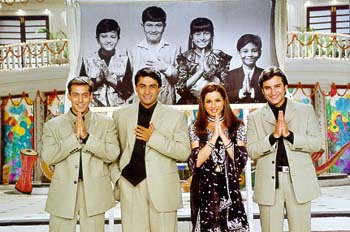 Vivek lost the use of his hand to save his younger brother's lives many years ago and thinks his hand would be too much of a burden on Sadhna. But Sadhna sticks by her decision. Vivek is touched by her dedication to him, so the two are married. 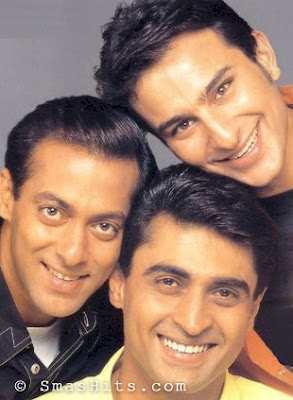 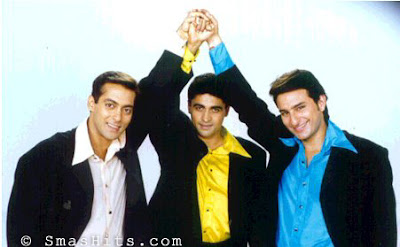 Prem (Salman Khan) and Preeti (Sonali Bendre) have had a crush on each other since they were little kids, but they have never ever spoken of their love. Although it is quite obvious, neither are exactly sure of the other's feelings. It doesn't really matter because they are to have an arranged marriage. Their engagement is finalised after a comedy scene in which Vinod (Saif Ali Khan) and Sapna (Karishma Kapoor) pretend to be Prem and Preeti, acting like they like each other. 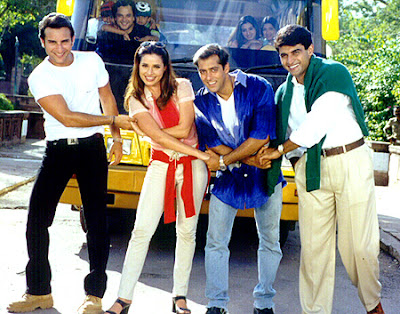 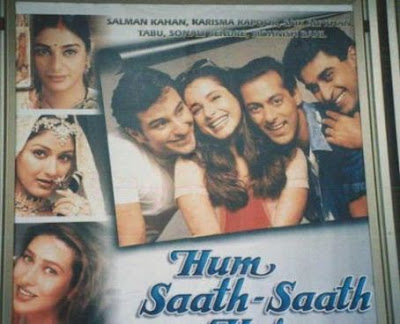 Vinod and Sapna are the youngest couple and are very fun-loving and flirty with each other. The three brothers have a sister, Sangeeta (Neelam Kothari), who is married and has a daughter. She lives with her husband's brother and family. 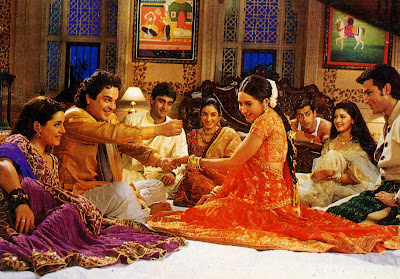 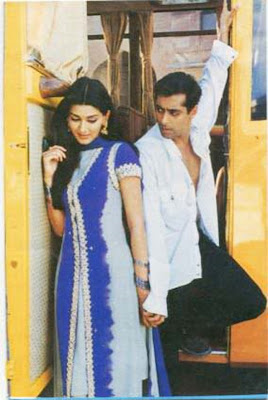 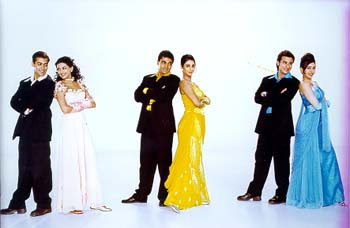 The twist to the story comes when Sangeeta's brother-in-law throws his brother out of the house without any share in the property and this leads three of Mamta's snobby friends and Sapna's father to persuade Mamta to separate her sons to prevent a similar situation where Vivek might throw out Prem and Vinod.

They convince Mamta that if the three brothers live in the same house with their wives and future kids, then fights and complications will occur. This leads to a tangled web of problems and sadness. Sadhna becomes pregnant in the midst of all the trouble. Vivek and Sadhna move to Rampur to finish their factory. Sangeeta's brother-in-law has loss in his business and other family problems, and he realizes his mistake. He accepts Sangeeta and her husband back. Sangeeta explains to her mother how Vivek had helped her during this crisis.

Mamta's brother explains to her that she's not being fair to Vivek and she doesn't have trust in the values she gave her sons. Mamta realizes her fault and calls Vivek and Sadhna back. Sadhna's baby is born. At the end, Prem and Vinod get married to Preeti and Sapna respectively. 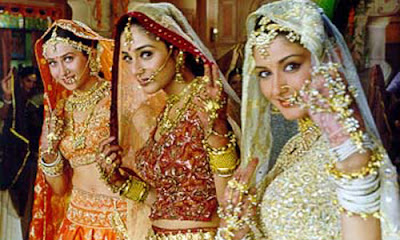 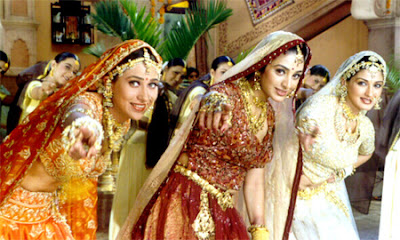 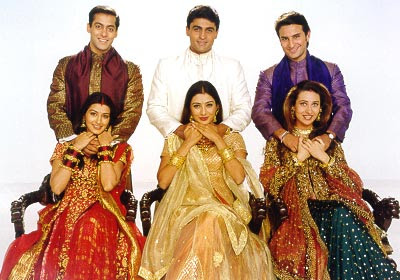 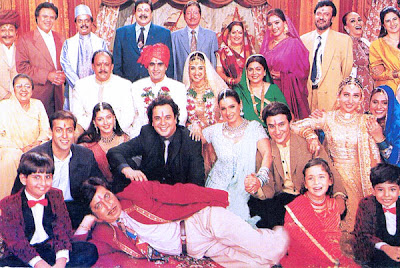 Salman and Sonali is the sweetest couple in this movie...the songs are superb...like it so much...